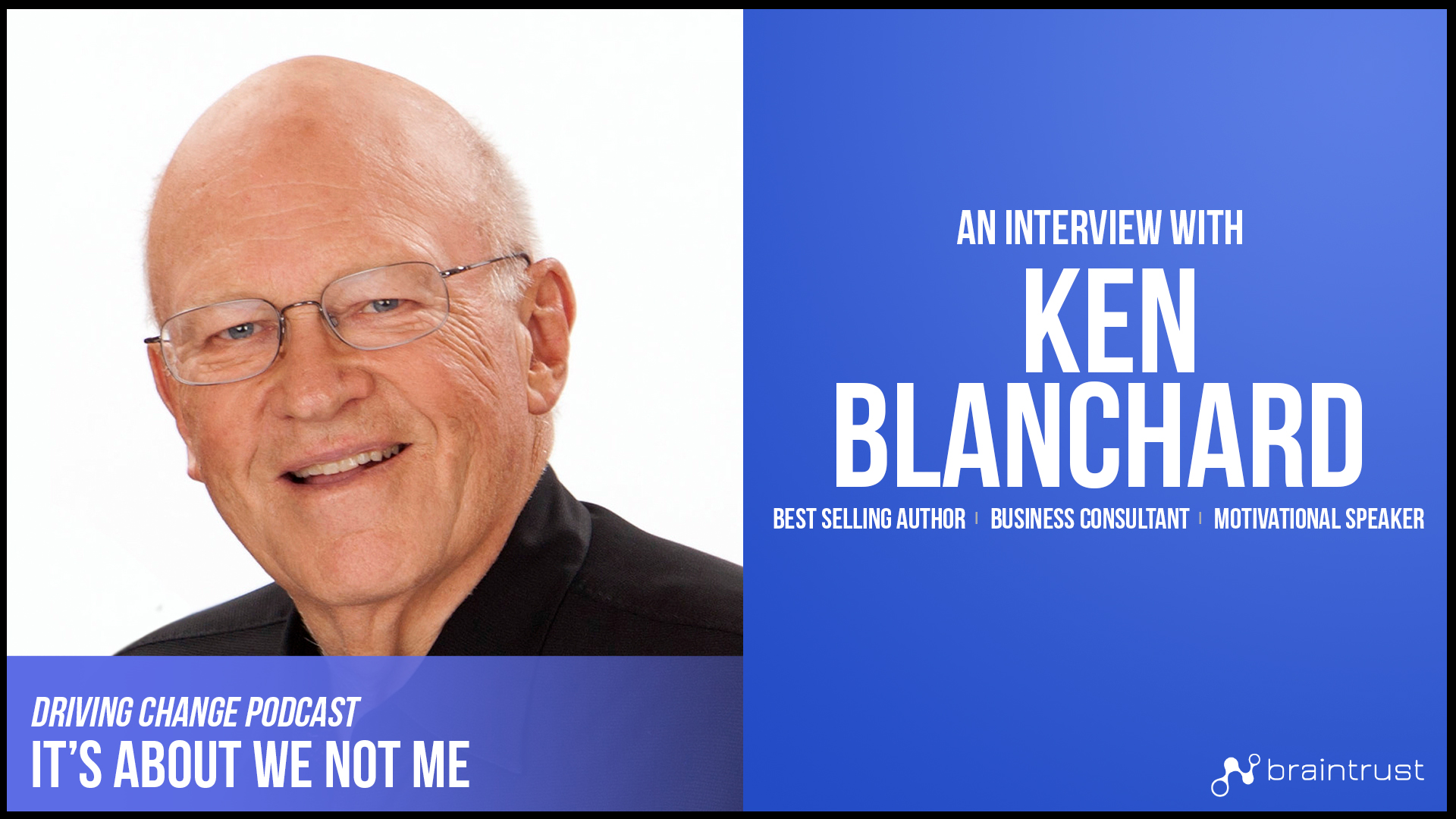 This week we are thrilled to welcome Ken Blanchard to the podcast. Ken, one of the most influential leadership experts in the world, is the coauthor of the iconic bestsellers The One Minute Manager and The New One Minute Manager, as well as 65 other books whose combined sales total more than 23 million copies. His groundbreaking works have been translated into more than 47 languages. In 2005 he was inducted into Amazon’s Hall of Fame as one of the top 25 bestselling authors of all time.

He is the cofounder with his wife, Margie, of The Ken Blanchard Companies®, an international management training and consulting firm in San Diego, California. He also cofounded Lead Like Jesus, a worldwide organization committed to helping people become servant leaders.

Ken has received numerous awards and honors for his contributions in the fields of management, leadership, and speaking. The National Speakers Association awarded him its highest honor, the Council of Peers Award of Excellence. He was inducted into the HRD Hall of Fame by Training magazine and he received the Golden Gavel Award from Toastmasters International. Ken also received the Thought Leadership Award from ISA–the Association of Learning Providers.

When he’s not writing or speaking, Ken teaches students in the Master of Science in Executive Leadership Program at the University of San Diego, cofounded by The Ken Blanchard Companies.

Born in New Jersey and raised in New York, Ken received an MA degree from Colgate University and a BA and PhD from Cornell University.

Connect with Ken Blanchard on Linkedin

Braintrust Driving Change Podcast · Ken Blanchard: It's About WE not ME