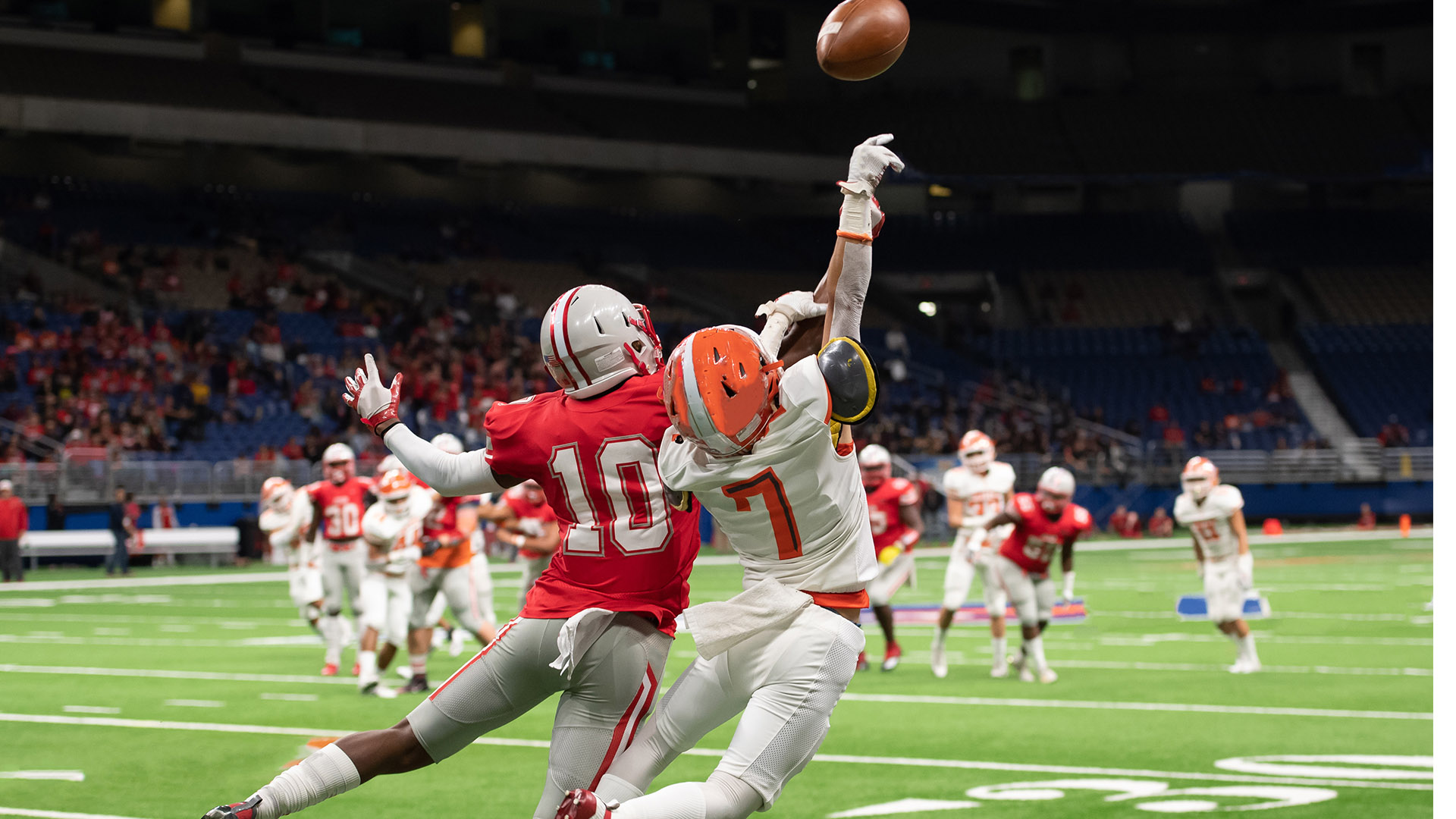 As a college athlete, I played football (for my European friends, the American version of football) at the position of cornerback. My job was to defend against some of the fastest players on the opposing team – the wide receivers.

Back in the day, a cornerback was one of the positions called a “Hero or Zero” position. If you execute by preventing the late game, long pass for a touchdown to win the game…Hero… OR… if you don’t execute, they make the touchdown and they win the game…Zero.

I still clearly remember my very first game as a starter because I had the opportunity to experience both the Hero and the Zero outcomes:

We still won the game though…

So what was the critical mistake during my Zero moment?

In football, when you defend against a wide receiver, if you look back to see the ball you must turn towards him, not the main field so that you can see both him AND the ball.  Rookies tend to make this mistake quite often and so did I.  I turned away and could not see him when he changed angles to catch the ball, hence the touchdown!

So after that game, we decided as a team to practice “long bomb drills” (turning our heads towards the player) at every practice for the rest of the season.  We ran this drill so many times throughout our season, it became muscle memory for me to execute this fundamental. I broke the habit that did not work because we chose to practice it over and over and over.

Fortunately that year, we made it to the championship game.  There were two minutes left in the game and we were leading by 10. Guess what play was called by our opponents? My wide receiver takes off at a full sprint toward his end zone!

I follow… I fall behind… I turn … towards him?  I was able to punch the ball out of his hands for an incompletion because I could see him and the ball. We won the game…Hero.

The key to understanding this paradox is to know how our neurons are developed when we learn a new skill. The best analogy for neurons is a power cord and inside the cord, you have a copper wire that transmits the electricity (in the brain this wire is called the axon.) Outside the power cord, you have a rubber wrap that insulates the wire so that outside forces cannot affect the transmission of electricity (in the brain this is called the myelin.)  The better insulated the axon, the faster and more reliably the signal can travel from one neuron to the next.

We now understand that practice and repetition (muscle memory)  increases the myelin so that the signal can move more rapidly and consistently. The other benefit of strong myelin is when you become stressed, the synapses are “protected” from the stressor hormones, which means the brain will execute the most “protected” habit.

As a rookie, I had formed a stronger habit of turning away from the receiver than towards him, so when I was under stress I would go to the stronger habit. I needed to strengthen the myelin on the “turn towards him” habit so that when the stress was on I could execute, especially for the big game.

So the key takeaway…practice to make permanent.

As a coach, you need to coach yourselves (or find someone) to develop new and improved skills to assist your players in improving their playing skills. You need to create context, skills, and execution for both yourself and your players.

Take the time to learn about brain science, and how it controls all human behavior and change (context). Then translate that science into applicable knowledge and training (skills) that will result in new or better actions as a coach (execution). How you communicate and run your “practices” will be the new behavior you need so that your players can change. Once you have your stuff in order, then you coach your player… that part is a bit easier as it is built into the system (practice/training, monitoring, feedback, adjust).

So practice makes permanent … for your coaching skills.