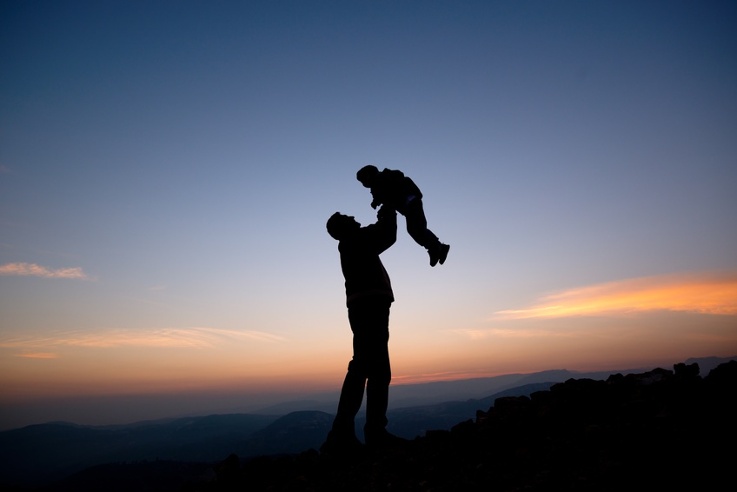 To my normal audience out there who might be used to articles and information on sales and marketing, I am taking a bit of a detour to share something a little more personal. My hope is that by the end, you will have found something in this article that inspires the “inner you” as well.

Not too long ago, I spent a couple of weeks in the country of India where my wife and I adopted Priya, our beautiful little girl. If you’ve never traveled to India, it is a country of great contrasts. So much beauty and such amazing people, surrounded often by so much hurt and poverty. I was moved to tears a couple of different times on our journey and humbled to my core at how much we take for granted.

As someone who leads a company that specializes in messaging and communication, I’m continually coaching clients on developing and communicating their “why” story. As part of this story, I ask them to dig in and uncover what it is that they believe. You know, those universal, fundamental human beliefs that unite us, not divide us.

I was lucky enough to be raised on a farm and my Papaw taught me several of those beliefs. He taught me about the value of hard work, as he’d let me drive our old, green John Deere tractor, standing between his knees, all around our 100-acre farm. He taught me that people who can help other people solve problems will always live a fulfilling life. He taught me that treating other people better than they expect should simply be the norm (we call it the platinum rule around my house).  Whether it was filling up a neighbors truck anonymously or literally giving the shirt off his back, he actively lived this rule. But the one thing he taught me that I cherish the most was that family matters more than anything else. Long after your peers and colleagues are gone, it will be your family that remains, so treat them accordingly.

If you’re like me, your personal “why” is a part of you, but can sometimes get drowned out by the noise and demands of life. It’s easy to get bogged down in the daily grind of simply trying to grow a business or meet a quota, all in the name of “provision.” The reality is, most of us would be OK if our livelihood were suddenly taken away. For some of you, that’s happened…maybe more than once. The older I get, the more I appreciate perspective. Why do we work all those hours and chase all those leads and make all those phone calls? Because, as Papaw taught me so many years ago, family matters most. I have always believed this, but my trip to India brought it to a whole new level.

As I walked through the orphanage in Assam, India and played soccer with the orphans that we, unfortunately, wouldn’t be able to take home, I was overwhelmed with a large dose of perspective. After about an hour of playing with the kids, several of them began calling me “Papa” and hanging tightly to my legs. Perspective. As I took a tour of the hospice center in the back of the compound and saw 87 frail and dejected TB- and HIV-patients just laying in cots in the middle of a large concrete room, waiting on a nun to come by and help them, I was hit with it once again. Perspective.

People repeatedly tell us what a noble and selfless thing we have done by adopting Priya, but the reality is that it’s nowhere near enough. We pulled one beautiful, helpless orphan from a sea of desperate need. Will we change her life forever? Of course. Will she change ours as well? Absolutely. But my heart breaks nonetheless for those kids, the ones wrapped around my legs calling me “Papa,”  that we had to walk away from.

As human beings, we are all family. It’s a shame that we don’t live that way. There are over 30 million orphans in the country of India alone, all looking for someone to call “Papa.” Family matters most.

Our careers don’t define us. Our beliefs do. When you live out your beliefs, that’s when you really make a difference in this world. It doesn’t mean you have to travel to the other side of the world to live out those beliefs. It simply means that you have figured out a way to allow your beliefs to manifest themselves every day and in every interaction. I am thankful that I had a “sage” like my Papaw, who poured into me and taught me what really matters. I try to run our company with the same beliefs. Do we always get it right? Probably not. But in a world that has become increasingly transactional, we have developed some of the best personal relationships with our clients because the relationship is built upon the rock of common beliefs.

Why are we so afraid in our business culture to let our guard down a bit, letting those we work with and for really know who we are? What are we afraid of? Getting taken advantage of? Being fired? Having a prospect look at us like we have two heads? So what? Let them look. Nine of the other ten prospects are going to see something different in your eyes. Something that connects.

What are your beliefs? Who had the biggest influence in your life, teaching you those beliefs? How do those beliefs help you make a difference in the world today, both personally and professionally?

Sure, we can continue to try the traditional approach to business (and to life), but that generally leaves us feeling a bit empty at the end of the day, doesn’t it? I’d much rather people know the real me. The guy they can trust personally. The old farm boy from Ohio who’d travel across the world to live out the beliefs his Papaw taught him thirty years ago, not for his own accolades and glory, but out of humility for all that he’s been given and what’s been done for him. That’s the guy I want them to know. If they know that guy, then the business will take care of itself. Perspective.